Nearly everyone would like to know when (and how) the COVID-19 pandemic is going to end. Scientist from all over the world are coming up with different dates and predictions, often using mysteriously looking models. In this entry, we’re going to take a look at the backbone of all disease prognoses —mathematical modelling — to find the most precise answer there is.

But first, let’s take a look at how disease models actually work.

The Most Basic of Basic — The SI Model

This simplest model distinguishes the population into two groups: Susceptible and Infectious — hence its name. It’s used for simulations in which individuals are born with no immunity and, once infected and untreated, remain infectious throughout their life, potentially infecting the susceptible part of the population.

Although this model is very basic, it perfectly applies to e.g. HIV/AIDS or herpes.

SIS, a little more complex than SI, is used for diseases that one can recover from, like, for example, the common cold. (Did you know that the cold is actually also often caused by a type of coronavirus?) So, SIS stands for Susceptible – Infections – Susceptible.

The latter model, SIR, introduces another category: Recovered. SIR, differently to SIRS, is used when individuals are granted lifelong immunity after recovery. What’s worth noting, SIR, alongside SEIR, is currently the basic simulation for COVID-19 modelling.

Additionally, some basic models also use other categories, like:

The authors of SIR, the model used for COVID-19 modelling, defined the following equations: 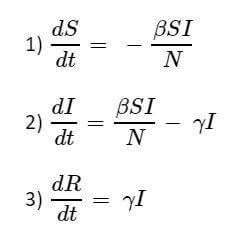 They may look strange at first glance, but they’re actually pretty straightforward:

Out of these equations, 3) is the simplest one. It means: the change of the count of people who are recovered in a short period of time is equal to the number of people who are infected at that moment multiplied by some chance that a single person would recover.

Equation 1) is a bit more complicated. It means: the change of the count of people who are susceptible in a short period of time is equal to the number of people who were susceptible just before, multiplied by the infected part of the population (and therefor infect others), and the parameter which stands for a chance of getting infected. The minus indicates that the change will be negative — since there’ll be more and more infected in the population which means there will be less and less people who are not infected yet.

Lowering the beta parameter is often called “flattening the curve”, also known as social distancing, which is a strategy currently applied worldwide.

So… When’s The Pandemic Going To End?

After all that’s being said, it’s time to answer the big question.

One of the most interesting models that can be applied to COVID-19, apart from SIS, is SEINCRAD:

Proposed by Alphamoon’s researchers, it takes multiple factors into consideration.

Alphamoon’s researchers calculated that the lockdown combined with patient testing and isolation will enable us to control the pandemic, keeping the number of deaths very low — and that even if the given values are underestimated. Alphamoon further says that the probability of the pandemic ending in May is around 44%, while the chance of its decline in July reaches nearly 78%. The clear slow-down should occur in mid-April.

Bonus: Applying Modelling In IT

Since this is an IT blog, we couldn’t resist to think about some (possibly) positive effects of the pandemic on the technological reality, thus we came up with the idea that pandemic modelling could also be used for modeling the spreading of information.

We would obviously target different beta and gamma parameters, but finding the right model for spreading information in a society could optimize the costs of the marketing campaigns or even the whole sales process.  While modelling the marketing campaign, flattening the curve would refer to adjusting the demand to the actual capabilities of e.g. a warehouse or server.

Tell us if you’d like to know more about this idea!

The basic research for this article was done by Łukasz Drewniak. Thank you for your work!

Programming Coach and Data Scientist at PGS Software. He studied Computer Science at IZ and PPT. During his career, he conducted over 1000 hours of programming training. In his free time, he enjoys playing squash and chess. 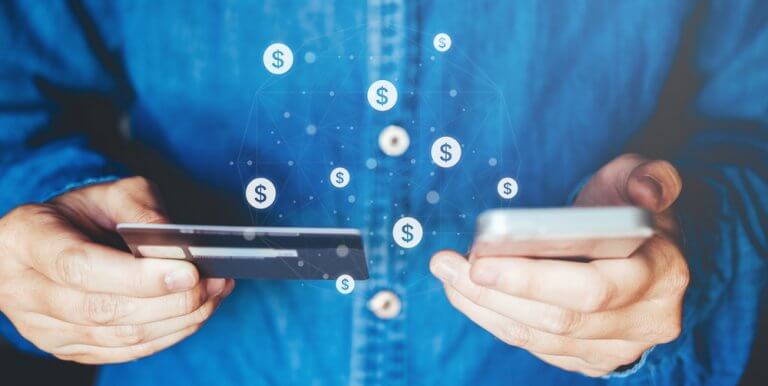 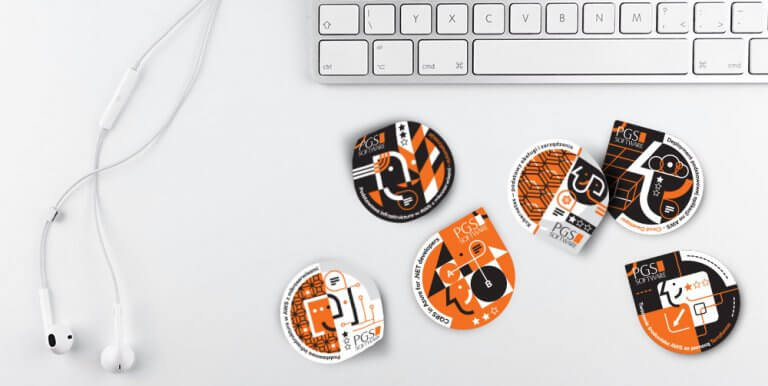 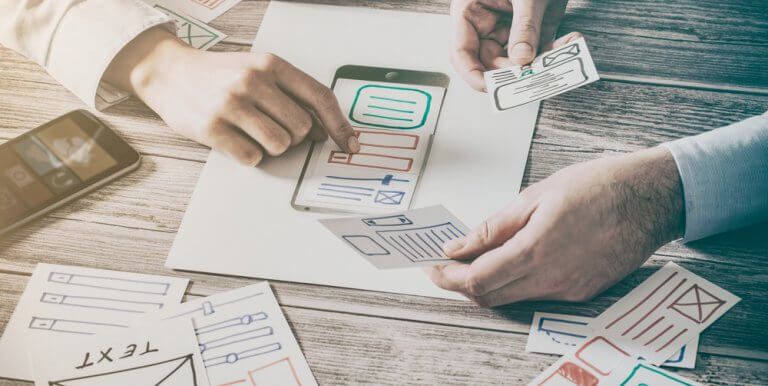